Kushti The Traditional Wrestling in Pakistan

Kusti is Pakistan’s traditional wrestling on soil. This ancient sport used to hold great importance in Pakistani societies, its popularity over the recent years however, has dwindled tremendously.

Kushti is particularly famous in the Punjab which has bread and flourished many famous internationally renowned players of the last century. One of these is Gama Phailwan who was awarded World Heavyweight Champion in 1910 by India. He also remains the only undefeated Kushti player in the history of Pakistan during his whole career. Interestingly, Kulsoom Nawaz, the wife of Nawaz Sharif (President of Pakistan) is the grand-daughter of Gama Phailwan.

Lahore is one cities where Kusti seems to be thriving. The sport is as popular as ever in the villages that surround the city. When matches are held, as many as 20,000 spectators attend. Despite its popularity there are only a handful of known Akhara’s in or around the city, where both young and senior enthusiasts from different sects of the society come together irrespective of their cultural setup.

Gruelling daily training, strict diet and celibacy for the duration of their careers are necessary if they hope to ever achieve their dream – to become a champion ‘phailwan’ (wrestler). But as modernity sweeps Pakistan and Western sports like cricket become more popular, some Akhara’s are being abandoned and left without any financial help.

After prayers are said and the pit prepared, the wrestlers rub their faces and bodies, and those of their opponents, with red dirt, which serves both as a blessing and to improve grip during the bout. The wrestlers spar for several hours. They eat and rest and, in the evening, the routine is repeated.

Using the soil to reduce impact and improve movement, wrestlers intertwine their bodies in complex techniques.

Before training, the floor is raked of any pebbles or stones. Buttermilk, oil, and red ochre are sprinkled to the ground, giving the dirt its red hue. Water is added every few days to keep it at the right consistency; soft enough to avoid injury but hard enough so as not to impede the wrestlers’ movements. Every match is preceded by the wrestlers throwing a few handfuls of dirt from the floor on themselves and their opponent as a form of blessing. Despite the marked boundaries of the arena, competitors may go outside the ring during a with no penalty. There are no rounds but the length of every bout is specified beforehand, usually about 25-30 minutes. If both competitors agree, the length of the match may be extended. Match extensions are typically around 10-15 minutes.[5] A win is achieved by pinning the opponent’s shoulders and hips to the ground simultaneously, although victory by knockout, stoppage or submission is also possible. In some variations of the rules, only pinning the shoulders down is enough. Bouts are overseen by a referee inside the ring and a panel of two judges watching from the outside

For many Kushti is a route out of poverty, a striving for status, for the rural poor. “Nearly 90 per cent of them are from poor farming families,” says Kadam in Kolhapur. “The rest are the children of landless labourers, carpenters, and so on. Only a handful are from the educated classes. Wrestling is also a passion. Barely five per cent of pehelwans make it to higher levels.”

Wrestling competitions, known as dangal, are held in villages and as such are variable and flexible. The arena is either a circular or square shape, measuring at least fourteen feet across. Rather than using modern mats, South Asian wrestlers train and compete on dirt floors.

Despite the many champions they’ve produced — and despite top political leaders heading their federations — the gurus of kushti have received little support from government. It’s a complaint across western Maharashtra that Punjab and Haryana treat their wrestlers a lot better.

Changes in society and culture, the decline of small-holder farming, a recurring water-crisis and State neglect have combined to undermine what is perhaps the most deep-rooted sport in the rural economy. “A wrestler’s life,” says Andhalkar, “is a kind of invisible tapasya. A small injury to a cricketer will play a thousand times in the media. A wrestler dies, no one cares.” 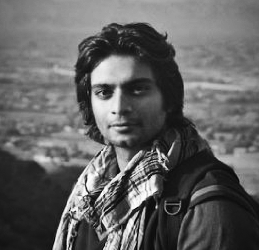